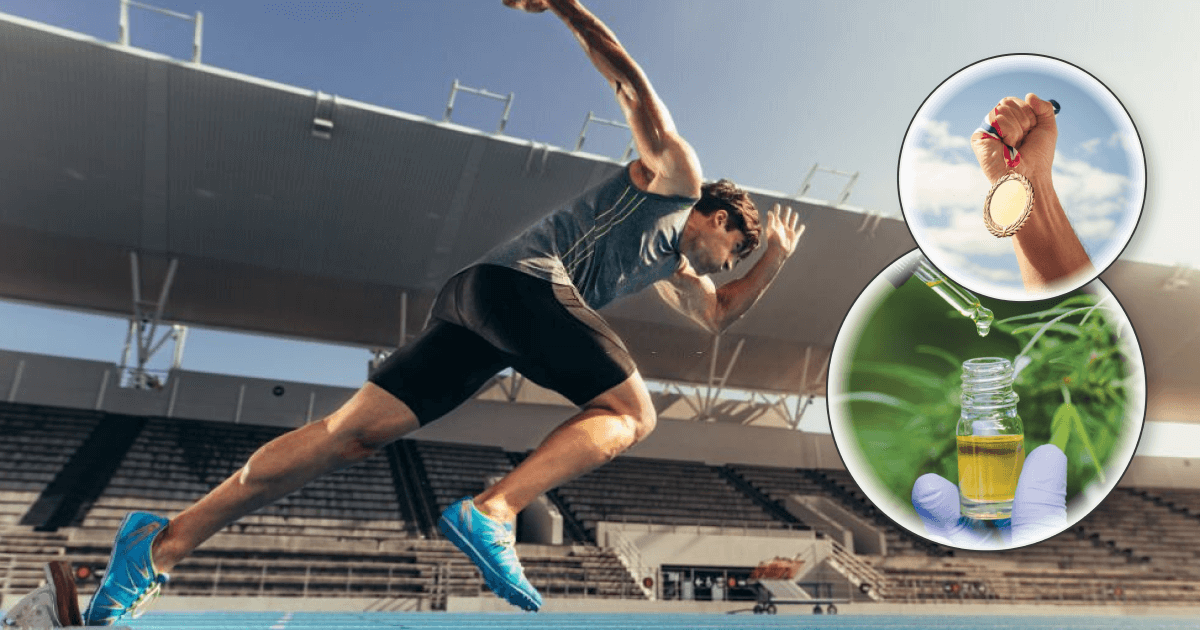 Can Athletes in Australia take CBD Oil legally? Should You?

There’s a lot of hype around cannabidiol (CBD) oil and its therapeutic benefits, and for good reason: it’s the hot new thing in the health and wellness world. But what does it do? And how does it help us become better athletes?

So, can athletes in Australia take CBD oil legally?

If you’re an athlete in Australia and you want to use CBD oil, don’t worry—you can. CBD isn’t a controlled substance in Australia, so it’s legal to consume without a prescription. You won’t even have to worry about any workplace drug tests screening for the compound because there are none that do.

Furthermore, in 2018, the World Anti-Doping Agency (WADA) removed cannabidiol (CBD) from its prohibited list. This means that athletes who use CBD to treat their injuries won’t be punished for doing so.

However, (WADA) still considers tetrahydrocannabinol (THC) to be a banned substance in-competition. That means that if you have THC in your system while competing, even if it was from a previous time period and not recent enough to affect your performance, you will be penalised accordingly.

This means that athletes who use CBD oil won’t have to worry about being banned from competition or losing their job, which is great news for them!

But wait…Does CBD Oil Have THC?

As an athlete, you’re probably already aware of the importance of carefully selecting supplements. You’ve also likely heard about the potential for CBD (cannabidiol) to help you recover after a workout, or to reduce inflammation and pain.

It’s important that you purchase your CBD from a reputable supplier, so you can verify the certificate of analysis (COA) for each batch of their products. You’ll want to make sure that it only contains CBD – and not other banned compounds like THC.

We know that full spectrum CBD contains trace amounts of THC (<0.2%) and although it is still legally compliant there have been some reports of users claiming their use has triggered a false positive on a drug test for THC.

We cannot verify these accounts and we believe it to be highly unlikely – you’d have to be drinking bottles of CBD per day! However, if you’re overly cautious and paranoid you can try a broad spectrum CBD or CBD isolate as these products have completely removed any trace amounts of THC. This will allow you to have full peace of mind in knowing that you are 100% compliant with WADA regulations.

Even though CBD is legal and not a banned sports supplement we always recommend speaking with your athletic commission before supplementing with CBD.

Does CBD oil help with joint pain in athletes?

We get it: You’re a champion, and you don’t want to let anything stand in the way of your success. But pain can be a huge obstacle when you’re training hard, so we wanted to find out if there was any truth to the rumours that CBD oil can help with this problem.

The answer is yes! There’s a lot of hard evidence that shows CBD supplementation can help with pain relief. Most studies conducted on this subject were done with THC and CBD ratios of 1:1. These studies found a clear correlation in reduction in pain with supplementation. However, THC is a banned substance and cannot be used in a competitive environment. But the good news is there is still a lot of anecdotal evidence in pure CBD supplementation and pain relief (without the THC).

Does CBD oil help with inflammation, injury and recovery in athletes?

Athletes love to train hard, but the only thing that’s holding them back is injury. Non-steroidal anti-inflammatory drugs (NSAIDs) are widely used in sports to improve recovery times and allow athletes to train harder, but NSAIDs pose a significant health risk.

NSAIDs have been shown to cause renal damage and increase the risk of heart attack and stroke. Athletes are advised to avoid NSAIDS because they put your health at risk in exchange for a few extra weeks of hard training!

If you’ve ever had an injury or soreness, you’ve probably been told to take something that will “ease the pain.” This is typically a non-steroidal anti-inflammatory drug (NSAID), which is meant to reduce inflammation and pain in your body.

But what if we told you there’s a better option? CBD has been shown to reduce inflammation without the side effects of NSAIDs like ibuprofen or aspirin. In fact, the World Health Organization classified CBD as having an excellent safety profile—so much so that it’s being used in clinical trials for treating arthritis.

Because of its anti-inflammatory properties, CBD is widely considered a great substitute for NSAIDs for people who suffer from arthritis or other inflammatory diseases. But the same principles apply when it comes to recovery from sports injuries: Too much inflammation hinders recovery and hurts performance. That’s why we recommend CBD as an alternative to over-the-counter pain relievers and other NSAIDs.

CBD has been a big part of the conversation around athletic performance for a while now, and with good reason. We know that CBD will help you train harder and recover faster through its anti-inflammatory properties and pain relief. This allows you to increase training volume, which will increase athletic performance as your body will be able to better adapt from training loads compared to your competitors.

But did you know that CBD can also help with sleep? Seep is often overlooked in athletic performance.

We think that’s because sleep is something that most people don’t consider a performance enhancer. After all, you don’t “win” Olympic gold or break a world record by sleeping well that week—you just get better at your sport by training hard and practising.

But we’re here to tell you that sleep is critical to a healthy mind and body. If you don’t sleep well your body won’t be able to repair properly, which means all those hard training efforts have gone to waste.

Not only that, but competition is a mental game too: have you ever tried maximum training efforts with a bad night’s sleep? We guarantee a well rested athlete will outperform a tired athlete every time! Think about how you deload for a competition. You want to be as well rested as possible to perform at your best.

CBD is the perfect sleep supplement because there are so many studies validating its therapeutic benefit on sleep cycle and sleep quality. If you can sleep better, you’ll recover faster and be in a better mental state to push your body to its absolute limits.

In a study published in Sports Med Open, it was found that CBD appeared to slightly increase VO2 max in nine endurance trained athletes. Although, larger studies are required to confirm and better understand these preliminary findings.

There’s a lot of evidence that CBD is both safe and effective at helping people with pain, inflammation and recovery.

We believe that supplementing with CBD can improve athletic performance by reducing tiredness and soreness, which allows you to train harder and recover faster.

We hope we have given you peace of mind knowing that CBD oil is not  a controlled substance, and is legal to consume both in the workplace and sporting field.

Can you drive on CBD Oil in Australia legally? CBD in drug tests and more
Scroll to top