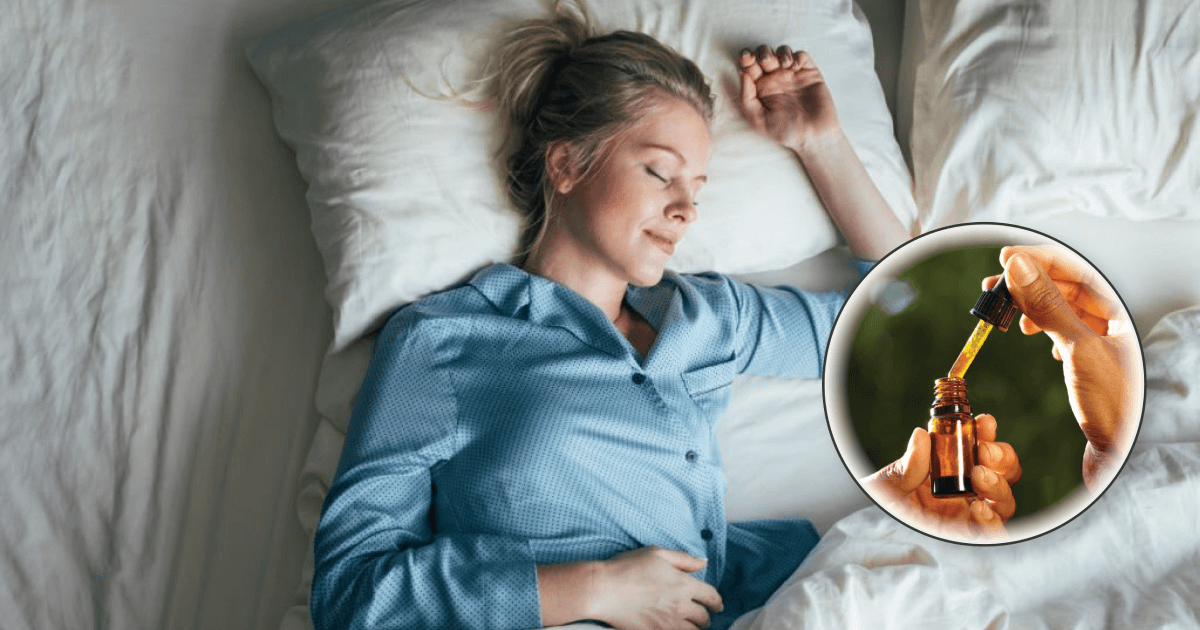 CBD oil is a popular health supplement in Australia now that CBD is legal to purchase without a prescription. But what are the benefits of taking CBD oil for sleep? How can it help you get a good night’s sleep? This blog will dive into these questions and more, so let’s get started!

What is Cannabidiol (CBD)? More about cannabis and cannabinoids

Cannabidiol (CBD) is one of the many chemical compounds found in the cannabis plant. It’s not psychoactive, so it doesn’t bring on a high or change your state of mind. It also doesn’t have any potential for dependence or abuse.

The Endocannabinoid System and Sleep

Cannabinoids attach to these cells, and they have various effects on our bodies—some of which may have an impact on our sleep cycle. Research suggests that CBD (a non-psychoactive cannabinoid) may interact with specific receptors, potentially affecting the sleep/wake cycle.

How can CBD help with sleep disorders?

Sleep disorders, including insomnia and sleep apnea, affect millions of people. Research on the effects CBD has on sleep disorders is still preliminary. However, a lot of people have had success with taking CBD oil for sleep improvement and overcoming sleep disorders.

A study published in 2019 looked at whether CBD could improve sleep and reduce anxiety. The study involved 72 subjects, 47 of whom experienced anxiety and 25 of whom experienced poor sleep. The subjects were each given 25 mg of CBD in capsule form each day. In the first month, 79.2 percent of the patients reported lower anxiety levels and 66.7 percent reported better sleep.

One CBD sleep trial found that a moderate dose of 160 mg/day can increase total sleep time and decrease the number of awakenings during the night. Another study looking at two cannabis clinics found that patients with and without sleep as their primary concern noticed a significant decrease in the amount of time it took to fall asleep.

Lullaby luxury was founded by a young Australian who was diagnosed with cancer in 2019.

Intensive chemotherapy, stress and anxiety, and other drugs caused the founder to experience insomnia. He tried a lot of different sleep therapeutics but eventually stumbled across CBD oil. It worked amazingly well for his insomnia and helped a lot with treatment.

Sleep is critical to a healthy mind and body. It’s often overlooked by a lot of people, but it’s so important to maintain a healthy life. He found that taking CBD oil for sleep was allowing him to recover faster between treatments and his quality of life was improving mainly due to the effect of sleeping better.

If you are interested in sleep wellness or just want to try CBD oil for sleep improvement, we recommend Lullaby Luxury as they have great products at an affordable price! Not to mention they ship directly from Sydney, so you’ll get your parcel a lot faster than ordering overseas.

Can taking CBD Oil for sleep make you high or drowsy?

A lot of people may not feel something immediately after taking CBD oil for sleep. It works gradually with the endocannabinoid system to help you feel better over the long-term, not instantly.

It’s hard to evaluate the effect of CBD instantly after taking it because unlike THC it is not psychoactive and you won’t experience a “high.”

The studies suggest that a low dose of CBD (10mg) might have a stimulating effect. Some athletes will even supplement with CBD for a performance edge. They report increased clarity and focus at low dose.

People who have been supplemented with CBD for sleep therapeutics, usually choose a much higher dosage (>25mg). They often report a feeling of calmness and mild sedation which allows them to fall asleep more easily.

A lot of people might not think CBD is working for them because they don’t feel something immediately after taking CBD oil for sleep. But as we have mentioned before, CBD oil should not be seen as a quick fix. It works slowly over time – not instantly!

There’s a lot of research supporting the benefits of taking CBD oil for sleep improvement, and it’s something that has helped a lot of people. It’s not a miracle cure, but many people have found it incredibly helpful.

Unlike prescription sleep medications, CBD is not addictive and is completely safe. If you aren’t getting a good nights’ sleep, definitely try supplementing with CBD oil to see if it helps you.